Our Uganda office in Kampala employs individuals with expertise in health information systems, monitoring and evaluation, surveillance and business development. 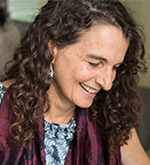 Rachel King has been a senior researcher with the UCSF Institute for Global Health Sciences since 2008. She has 28 years of experience in community- and clinic-based research and HIV program work in sub-Saharan Africa. Currently, Dr. King has multiple NIH-funded studies with young sex workers, men who have sex with men as well as pregnant women and children. She is also the UCSF In-Country Director for multiple surveillance and monitoring & evaluation projects in Uganda. 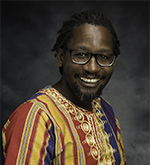 Stephen Musoke leads the design, development, rollout and support of UgandaEMR, a nationally approved electronic medical records system based on OpenMRS. He is also involved in the national interoperability efforts starting with the development of integration of UgandaEMR with existing laboratory and dispensing systems at facilities, sharing of data with DHIS2 for national aggregate reporting and a health information exchange that will be used as the basis for HIV case-based surveillance.

Musoke is an active member of the OpenMRS community, currently the Technical Lead for the Reference Application, the reference implementation for OpenMRS that showcases the features and functionality of the software that is the foundation for implementations including UgandaEMR.

Before joining Global Programs, Musoke oversaw the operations of ThoughtWorks Inc, a custom software development company, in both Uganda and South Africa. He has a bachelor’s degree in civil engineering from Makerere University. 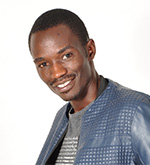 As a member of the Uganda team, Mugume provides software development team leadership to ensure development and maintenance of data collection platforms, databases, data analysis and reporting systems as well as create interoperability between systems to enable studies and projects to achieve their objectives.

Mugume previously worked in the Tech-Ag (Tech for Agriculture) industry with Grameen Foundation, creating innovative data-driven systems that create impact on the incomes of the poorest of the poor.

He has a bachelor’s degree in computer science from Makerere University.